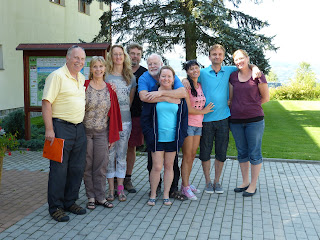 We just got back from our annual planning retreat with the leaders of the church we serve. It was a great time of prayer and discussion of the past and the future. It seemed to us that God blessed our short time together with some encouraging memories of his work among us during the past year and some good ideas about how to move forward. A feature of the retreat for the past several years has been a short hike in the countryside. We have included some pictures of things we saw along the way, including some haystacks, a teepee (!!), and an old Subaru used as a mini-greenhouse. 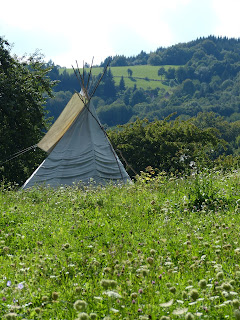 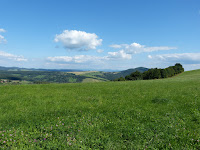 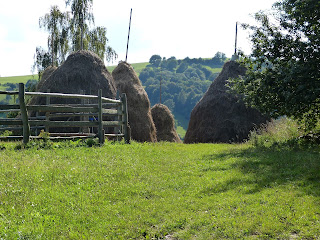 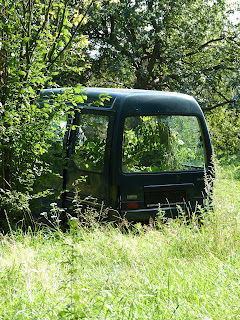 Posted by Johnny and Annette at 5:47 PM No comments:

A Scar on the Czech Soul


During our cultural studies with our summer interns this year, we visited the memorial to the former Czech village of Lidice. It is like visiting an open wound.

In September 1941, Adoph Hitler appointed Reinhard Heydrich Deputy Reichsprotektor of Bohemia and Moravia, primarily because Hitler believed that the man whom Heydrich would replace was not being sufficiently harsh toward the Czechs. Heydrich would not disappoint his Fuhrer.

Heydrich executed 92 people within three days of his arrival in Prague. In February, 1942, he rounded up between 4,000 and 5,000 Czechs in a crushing blow to the Czech resistance. Those who weren’t executed were sent to concentration camps. Heydrich earned the title, “The Butcher of Prague” for his brutality.

Heydrich is best known for his formulation of the “Final Solution” – the plan to exterminate all European Jews. Before the invasion of Poland, he had drawn up plans for Einsatzgruppen to follow the German invasion troops in order to put all Jews in ghettos. He later formulated the plans for these special troops to follow the invasion forces into Ukraine and kill Jews wherever they found them. Heydrich created the concentration camp at Theresienstadt, or Terezín, where more than 30,000 people died. Tens of thousands more were shipped from Terezín to death camps in other locations.

Meanwhile, the Czech government in exile in Great Britain was under pressure to undertake some kind of operation against the Germans in their homeland. Two men, Jozef Gabčík and Karel Svoboda, were selected to train with British Special Operations and to plan for an effort to assassinate Heydrich. Svoboda was later replaced by Jan Kubiš due to an injury he sustained while training. The men were airlifted into Czechoslovakia on December 28, 1941. They were helped by several anti-Nazi organizations and families.

After investigating several options for the assassination, the men settled on shooting Heydrich as he traveled to his Prague offices from his country residence. Heydrich had, perhaps, become so confident of his absolute rule over the Czechs that he was using the same route every day, and riding in a convertible. The men ambushed him on May 27, 1942, in a very sharp curve along his normal route. Gabčík attempted to shoot him, but his gun jammed. Kubiš threw an anti-tank grenade at the car, but it exploded outside the car. The assassins fled, believing they had failed. But some of the shrapnel from the grenade had badly wounded Heydrich.

Heydrich died in a Prague hospital three days later, probably from septicemia. Hitler was furious and demanded retribution for the loss of his dear friend and fellow Nazi. One of the most tragic reprisals was carried out against the tiny village of Lidice, which almost certainly had nothing to do with the assassination plans. On June 10, 1942, 175 men were executed in the village, and 184 women and 88 children were deported to concentration camps. Four pregnant women were forced to undergo abortions and then sent to concentration camps. The village was razed to the ground; even the graves were dug up and the bodies removed. The Allies were outraged when they learned of this horror, but there was little they could do. 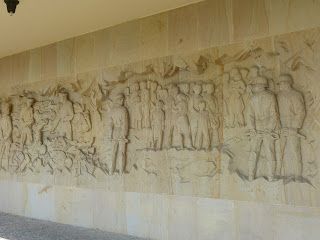 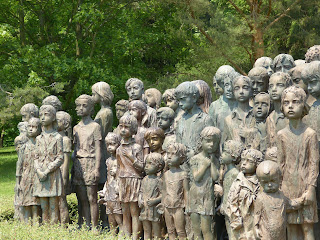 Today, a moving memorial has been erected at the former site of the village. 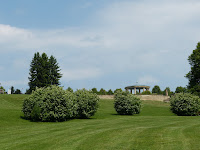 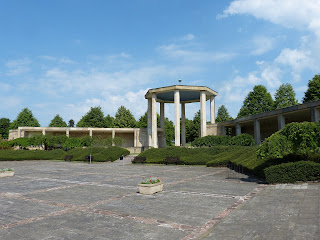 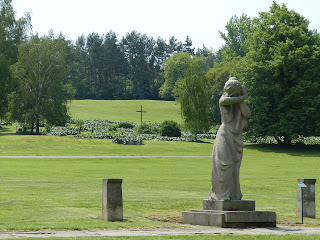 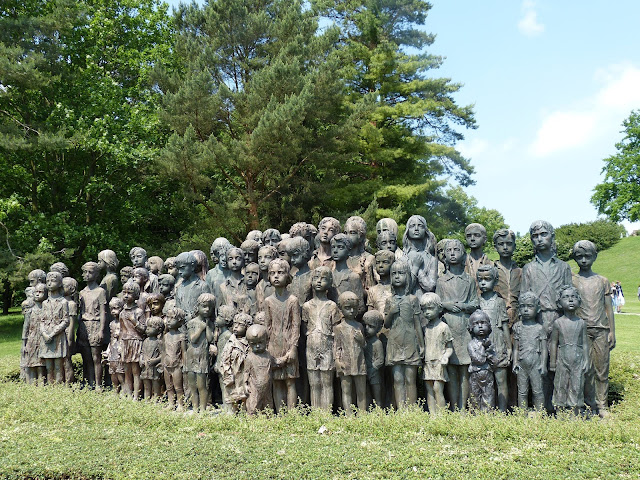 Posted by Johnny and Annette at 12:06 PM No comments: