Originally founded as an Ionian colony in the 10th century B.C., Ephesus became an important port city and a center of worship for the goddess Artemis.  After their membership in the Ionian League of city states, Ephesus was ruled by the Cimmerians, Persians, Greeks, Romans, the Byzantine Empire, the Seljuk Turks, and the Ottoman Empire.
Ephesus was the second largest city in the Roman Empire – and second largest in the world - second only to Rome in importance to the Empire.  When the Apostle Paul planted a church there, the city’s population was more than 250,000.  During the rule of the Byzantine Empire, Ephesus retained its status as the second city of that empire.  When its harbor silted up and an earthquake struck in 614 A.D., the city began to decline.  ﻿﻿﻿


Today there is a modern town (Efes) nearby the ancient ruins of Ephesus, but it is small and relatively insignificant in comparison to the once-great port city.  The ruins of Greco-Roman Ephesus have been partially reconstructed and are truly beautiful.
It was a privilege to be able to visit this city and walk on the streets and through the markets where Paul probably walked.

Posted by Johnny and Annette at 4:38 PM No comments:

Summer is Past, A New Season is on the Way 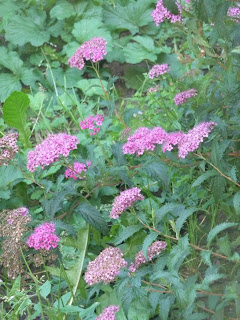 There are not really too many hot days here, even in the “heat” of the summer.  The crisp morning air over the past few days has hinted that there won’t be any more hot weather for the next six or seven months.  The days are shortening dramatically, too.


So, what’s coming next?  Fall, of course – it’s one of our favorite seasons.  But what else is on the way?  Hmmm… We have fall and winter plans that include helping with a morning mom’s group, teaching Czech church leaders, leading bible studies, hosting prayer groups, starting one or more small groups in homes, meeting with people to do one-on-one Bible reading, publishing a book, and more.  Will God show up in any of these things?  We sure hope so.  As much as we have thought and prayed about these plans, the real power needed to move hearts toward Christ is supernatural power.


So, we need you to keep praying with us that God would either further these plans and ideas or show us where he wants us to be working.  Thank you for all the ways you do pray for us.  We believe the Lord hears.
Posted by Johnny and Annette at 6:19 PM No comments: